I downloaded some of the logs and looked at mortimer and indeed across the cluster the ops go to zero from around 5:38:52 to 5:41:52: 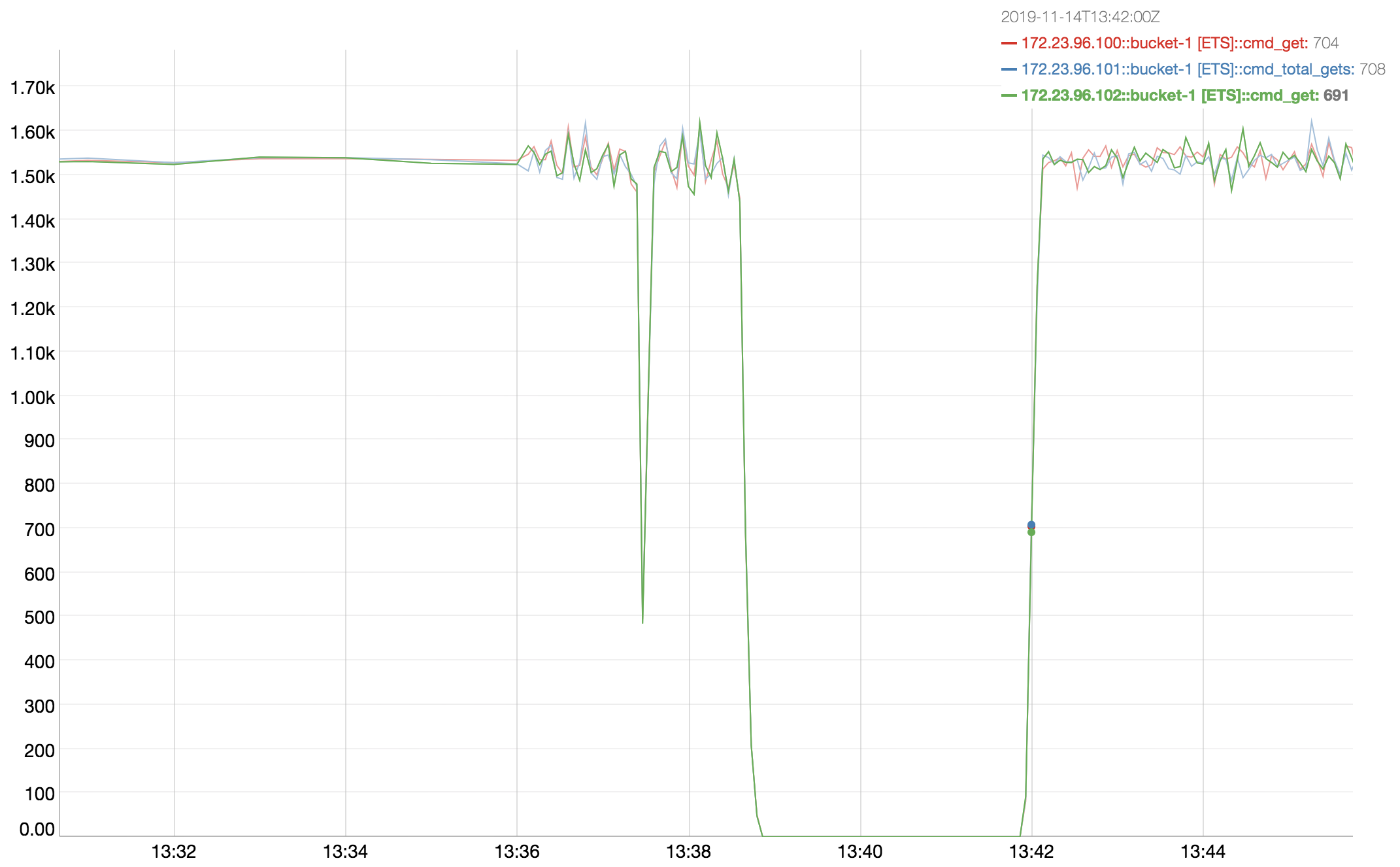 (Note that the mortimer timestamps are in GMT - 8 hours ahead of the timestamps in the logs.)

This occurs during the early part of the rebalance when we're moving a lot of replicas. With the sharding change we're able to move even more replicas.

At first I thought it might be CPU, but CPU is only high on node .109 that's getting rebalanced in (where the CPU hits about 50%.) Then I thought the drop might possibly be related to compaction, but I didn't see evidence of compaction during this time.

Then I noticed these messages in the logs approximately during this time:

Basically every couple of seconds the replication queue between 100 and 109 gets full, then gets unblocked and can continue. These logs occur a minute or two before the ops drop to zero and then cease right around the times the ops start going again.

At any rate, the ops shouldn't go to zero.

MB-36926: Use a PackedPtr for the type of a couchfile_modify_action
Gerrit Review:

MB-36926: Use a PackedPtr for the type of a couchfile_modify_action
Gerrit Review: